Stop losing profits due to Inefficacies

Waste can lead to lost revenue in so many forms when you look at it related to weight. The lost hours of service to find and sit in-line at an in-ground scale to the increased trips that you didn’t need to make had you known you were underweight. As a fleet owner and manager, this number greatly grows by the number of trips each truck makes a day – then over a week and month. Before you know it, you are wasting thousands that can’t be recouped.

If you had a way to turn your fleet into self-weighing vehicles and reduce the amount of waste affecting your profits, why would you not add this tool to every vehicle? An Air-Weigh On-Board Scale is just that solution. Know each axle group weight in the field, at the loading site and at each stop. Know when loads are overweight, know when loads are underweight and have the ability to make educated decisions throughout the day.

Just the cost of one overweight fine can cripple a company’s profits for the month and a few of these over the year… can mean the difference in growing profits or not. State laws vary throughout the US. Many states only charge a few pennies per pound when the load is overweight. Looking to see what each state’s overweight fines and penalties are – take a look at Oversize.io. In addition, the hidden penalties that come with paying a fine is where things can really start to add up. For example, the table for California shows that if the actual weight is up to 1,000 pounds over the maximum legal gross weight, there will be a fine of $20. In fact, that $20-dollar ticket will probably cost closer to $500-$3,500 after the state adds all the various “penalty assessments and court costs.

More than just overweight vehicles, underloaded vehicles can create mass amounts of waste for profits. Running just one more load a day can mean increased hours-of-service, additional wear and tear on the truck and employee wages that all could have been avoided had the load been optimized. 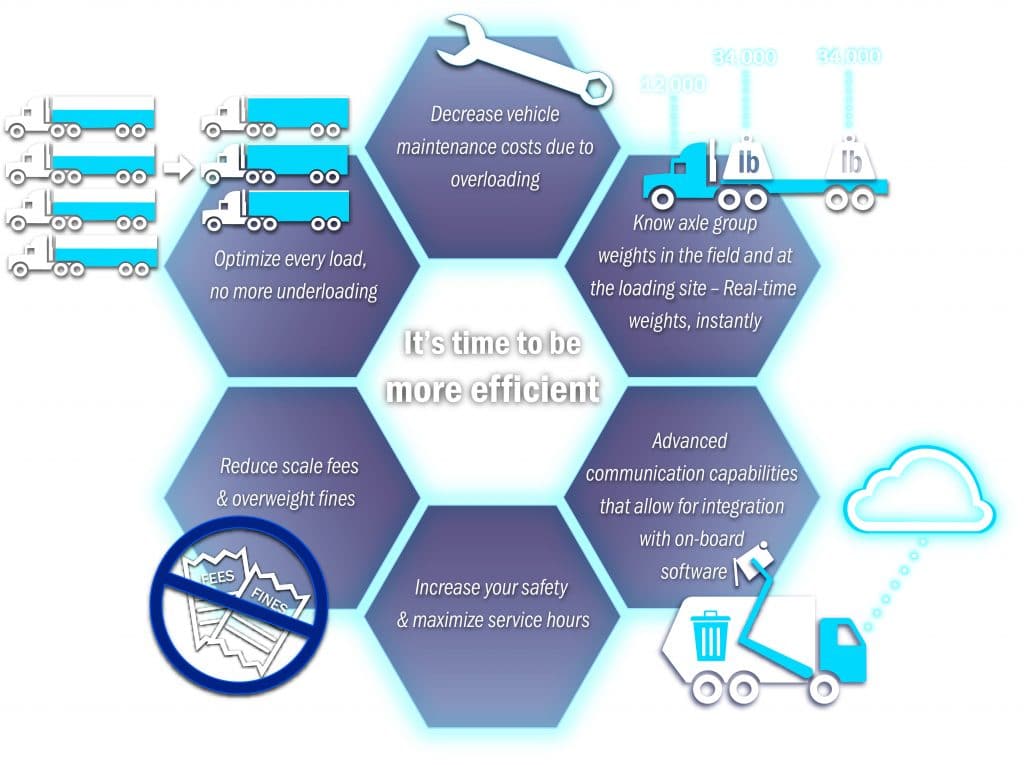 It’s time to look at your efficiencies and see where the waste is greatly affecting your profits. For many fleets, they find they can reduce their waste by thousands a month. This relays to on-board scales paying for themselves in a matter of just a few months across the fleet.

Stop the waste and be more efficient